I created a special podcast episode for today in remembrance and honor of our fallen for Memorial Day. The prayer is available now! God bless one and all!

***Happy Memorial Day & Good Morning*** The “Verse of the day” is brought to you by the wandasncredible channel Monday-Friday. Although, I am not a vendor, affiliate, associate nor sponsored by the www.bible.com

; I am humbled that God uses me to interpret his word on a daily basis. *** If you have not donated to the Women’s March https://womensmarch.org/

please do so Today. For any questions, inquires on how you can bless the ministry, testimonies or prayer requests send them to wandasncredible@gmail.com .Throwback Friday is every Friday. This Friday, (5/31) please listen to the 5/22 podcasts. Blessings. P.S. Happy National Mental Health Awareness Month and Happy Memorial day for 5/27. Check me out also on the Wanda Jefferson podcast also on Messy.FM

My dad, Louis Wilson Jr., and I. God bless him in Heaven! I miss him tremendously! #memorialday
wandasncredible appreciates you !!!!!
Tonight we will be online joining our Sister Cora Jakes Coleman and Many others in Prayer…Join in !!!!

P.S. Click on all links and show your support for this Veterans daughter and grandchildren and the charities we are advocating for ….TODAY.

***Special Mothers Day Prayer Episode***
***Happy Saturday & Good Morning*** The “Verse of the day” is brought to you by the wandasncredible channel Monday-Friday. Although, I am not a vendor, affiliate, associate nor sponsored by the http://www.bible.com
or http://www.biblegateway.com
; I am humbled that God uses me to interpret his word on a daily basis. *** If you have not donated to the Womens March https://womensmarch.org/
and to Nightlight https://www.nightlightinternational.com/
please do so Today. For any questions, inquires on how you can bless the ministry, testimonies or prayer requests send them to wandasncredible@gmail.com .Throwback Friday is every Friday. This Friday, (5/17) please listen to the 5/8 podcasts. Blessings. P.S. Happy National Mental Health Awareness Month and Happy Mothers Day for 5/12. Check me out also on the Wanda Jefferson podcast also on Messy.FM
!!! Messy.fm
messy.fm/profile/wandasncrediblechristianpodcast
#verseoftheday #jesus #christ #jesuschrist #holyspirit #holyghost #messyfm #scripture #lord #almighty #god #itunes #google #spotify #wandajefferson #happymothersday #righteousness #gifts #beinspired #bible #saved #sanctified #scriptures #liveinspired

Whether your getting a great T-shirt, Book, Cup or Phone case, or listening to our Christian podcast, to learning how to write your first book, or hearing childrens books read by my 8 year old Ronald to grabbing something for FREE or a super good discount….wandasncredible has it all !!!!!

Every holiday, Ever Occasion and Everyday life are covered in just one link. Click on it TODAY and see for yourself !!! Blessings #BeInpspired#LiveInspired #wandasncredible

Love you forever Mommy ! Happy Mother’s Day to my Mom and all the Mom’s in Heaven !!!!

P.S. Want to know what the creator of Mother’s Day felt about the holiday before her passing? It may not be what you think Mother’s Day Founder’s Thoughts on the Holiday

This is a mix ….so expect me to jump from topic to topic and to the grammar police TAKE A DAY OFF LOL. Oh and all highlighted items on this post lead to cool things, FREE item links and information so check them out !!!

From all of us to all of you…HAPPY THANKSGIVING !!!! and I wish you many many more to come.

Make sure to see all the recent recalls on food going on…disease is no joke and during the holidays would be brutal.

Everything is cooked and done in my house right now, so I am up getting some cleaning done and stalking deals. Tis the season to get things for cheap so that Christmas can be an awesome one…so check out these pages on FB Sales-aholic.com Deals, Glitches, & Free Things Hip2Save and Passionate Penny Pincher ( Plus look for One Cute Couponer on Youtube) and get your shopping on plus check out these other things I am posting that will bring savings to your everyday grocery bill ( Ibotta referral code is bwywvdk and Fetch Rewards referral code is DM8VU .

A brand new shirt from wandasncredible on Amazon has hit the scene for the holidays called “GIVE THANKS” and if you have not purchased it already that is okay…it’s at a steady low price of $14.92 and comes in Men & Women sizes small to 3XL and Youth sizes up to 12….but do not let the labels slow you down…when in doubt size up and just pick the one regardless of the label, that will be an awesome gift for yourself and for family and friends. They are in various colors and they arrive fast.

If your in need of an Amazon Prime membership ….no worries…I have a free link for ya for 30 days (click on the highlighted links) ! And if you want to get some reading in for FREE as well I have a Kindle unlimited link and Audible link that will be free also for 30 days ….and audible gives ya 2 free audio books…and Becoming by Michelle Obama can be one of them if you want it to be…but all genres and book types are available so get your freebies on courtesy of Amazon and the wandasncredible channel !!!

Ronald’s birthday is on Monday and he will be 8 years old so show love and support to his clothing/apparel/accessory line on spreadshirt ! He appreciates you all and we pray for you all daily.

“Verse of the day” will still have an episode for today so if you have not subscribed or listened…please do. I know the podcast is gonna bless you and bless you indeed..in Jesus name.

Again…Happy Thanksgiving everyone and enjoy your day !

P.S. Make a wish and St.Judes Research Hospital are the organizations I am advocating for this month…give your best gift to them today !!!

wandasncredible appreciates you and thanks everyone for all of your love and support! WE LOVE YA FAMILY !! BLESSINGS TO ALL OF GODS CREATION !!!

Disclaimer: I am in no way really telling anyone to try this experiment, I am truly speaking hypothetically.

……..after Donald Trump Press Conference…..I awakened today saying… I wonder if I did this experiment what would happen….so I decided to share it with you all.( Yeah I have that kinda dreamworld mind).

When you wake up on Wednesday morning, instead of calling anyone by their name, call them a “Radical Islamic Terrorist“…..all day. That’s right everyone you know, love, and even those you just meet.

On Thursday, wake up and instead of calling anyone by their name, call them “Peace“. Don’t be rude….on both days use Mr. and Mrs. as it applies….and do not forget the kids you encounter…even if they are your own.

Has anyone stopped to ask ISIS why are they radical? why do they do what they do in the name of Islam? and why must they use forms of terror? Does anyone even know if they truly think that their actions are right or wrong?

We as a nation must defend ourselves from all forms of terrorism homegrown or abroad but we also need to know the purposes of said groups or individuals. How can we possibly defeat something we do not understand? And I do not agree that telling them we are going to defeat them shows an aim for a positive result.

We need to stop all terrorism, period, and safety for our nation is a top priority, but there is a reason for the scripture in Proverbs 4:7 KJV… “Wisdom is the principal thing; therefore get wisdom: and with all thy getting get understanding”.

Well, I said this was a mix. I will talk to you all later.

Bless the name of the Lord, for he is worthy to be praised! God bless the word which never comes forth void! And thank God for another day of living, truly you are here for a reason, if not then you would have passed on. This means your work is not finished and until then you will always have work to do.

Know that God has provided you with the equipment to do said work, even if you think your unqualified to use it or may not think your capable of learning how to use it.

The post below is one I made a few years back…..As I read it I was moved to repost it!

👏this song is on my heart….

😇God has been, is and will forever be the Head and not the tail of my life!

🙏for everyone,my whole day through..Psalm 42:1 says”Do me justice, O God,and fight my fight against a faithless people;from the deceitful and impious man rescue me”Expect wisdom and protection Saints! God is giving these gifts out before the new year hits

💨,This is the eve of new beginnings… I love you all with the

❤️of Christ… And there is nothing you can do about it!#Besafeandblessed

P.S.Today I made two new videos for my youtube channel “The wandasncredible channel” but I will only post one here: 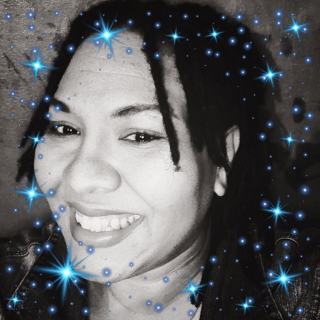 As a Proud Black Woman of God & Korean War Vets Daughter, Owner & CEO of wandasncredible, •Writer•Author•Videomaker•Podcaster•CyberMom of 4+Cat•Grandma•Amazon Influencer•Turker•Charity Advocate; I am growing my American Enterprise. Invest in the U.S.A.! The wandasncredible mission statement -“Our grassroots family-owned business is committed to providing quality items at affordable prices with unbeatable heart in every piece “ The "Verse of the day ministry" mission statement " Our ministry is about praying without ceasing for all and spreading the gospel of the Lord Jesus Christ around the world, through all of our efforts, daily" The Wanda Jefferson" Podcast mission statement: " This podcast was created to empower listeners to self publish their own works, to live their best lives in Keto and to have a real talk societal and cultural discussions " "Our podcasts are live unedited and personality bundled to provide not only a stream of excellent content but of safe and family friendly content as well"-Wanda Jefferson

“Verse of the day” Ministry Podcast

Listen to the bible “Verse of the day” Ministry Podcast on Messy.FM, iTunes, Google Podcasts and Spotify. Also listen to throwback video episodes on Periscope & the wandasncredible youtube channel.

You are what you absorb

Prime my subconscious, one hint at a time

Only The Best Baby Gear Guide For New Moms

Welcome to my Art and Lifestyle Blog. Follow my adventures as a Bohemian artist.

By a teen girl who talks pretty much everything.

a twist of witty humor

Save Money With Printable Coupons and Deals